By Manly Bryant on August 11, 2015
Advertisement 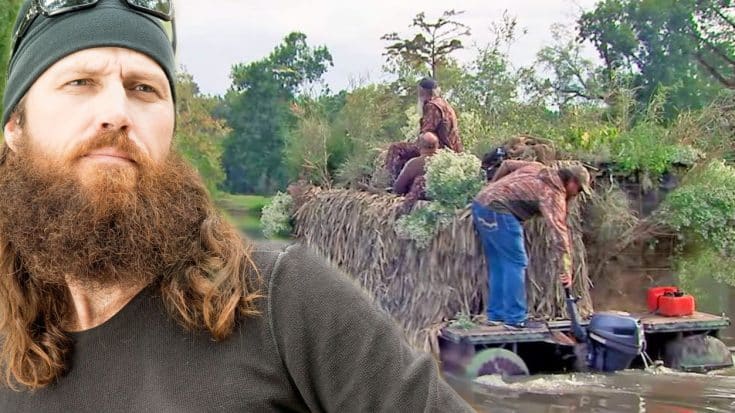 In this hilarious clip from Duck Dynasty, Jase and Uncle Si find an old pontoon boat and decide to make it into the ultimate duck blind. With some help from the guys, they get it all set up and create quite the stir in town as they pull it to where they want to launch it. The video is hilarious with Uncle Si hiding in the duck blind at the gas station and scaring people passing by, to technical difficulties when it comes to driving the “aqua blind”.

No matter for their hilarious antics, you can’t fault the guys on their ingenious idea, to help them hunt more ducks. It looks really cool once it’s all done and seems to be a great idea for the ultimate duck hunter. Uncle Si sure likes it, so that means it’s pretty cool.