A Look At The Legend Behind ‘Achy Breaky Heart’, Billy Ray Cyrus 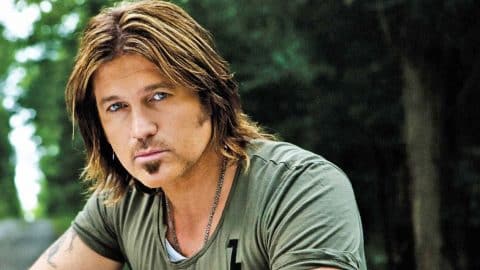 Multi-platinum selling recording artist, Billy Ray Cyrus has been playing the music we love since the 90’s. Remaining a prominent figure in the country music community.

Born August 25, 1961 in Flatwoods, Kentucky, Cyrus began singing gospel and bluegrass at the age of four. He became inspired to be a musician after attending a Neil Diamond concert, and had his heart set on a career in the entertainment industry. As history shows, he was indeed successful.

His debut album, Some Gave All was released in 1992 after he had opened for Reba McEntire two years prior. He went on to record 12 studio albums, two of which were Christian/gospel, and even bring family into the equation – helping daughter, Miley Cyrus launch her career with Disney.

“Achy Breaky Heart” remains Cyrus’ best known #1 single, translated into over 100 different languages – even becoming the best-selling record in Australia the year it was released. The music video for the single is known for mainstreaming the line-dancing craze that we all know and see in virtually every country bar and dance hall. Fun piece of history!

Watch Cyrus in his 1992 video, “Achy Breaky Heart” (mullet and all!), and Cyrus singing with daughter Miley, “Butterfly, Fly Away” below. Enjoy!