By Manly Bryant on September 9, 2016
Advertisement 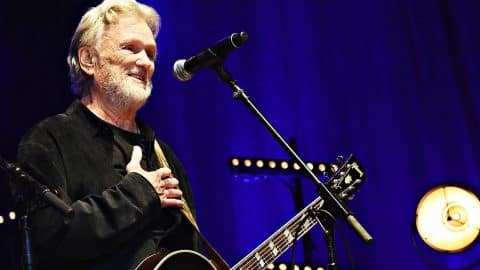 In 1973, Kris Kristofferson topped the country charts with the biggest song of his career, “Why Me”.

Prior the song’s release, Kris was going through a rough time. The emotionally low period drove him to attend a church service led by Rev. Jimmie Rogers Snow, which ultimately inspired him to write the song.

During an interview with country’s DJ Ralph Emery, Kris revealed the truth behind “Why Me“. He began with, “I was moved by a song I heard in church, ‘Help Me’“. Kris continued,

“I had a profound religious experience during the session. Something that had never happened to me before. And ‘Why Me’ came out of it.”

Kris continued sharing his experience in detail, explaining just how moved he really was.

And the rest was history. From that moment on, Kris Kristofferson would go on to be known as one of the most talented singer/songwriters in Nashville.

The song, which featured backing vocals by Kris’ to-be-wife Rita Coolidge, was released in 1973 from his album, Jesus Was a Capricorn. Since the release of “Why Me” (sometimes called “Why Me Lord“) many iconic artists have covered the song, including Elvis Presley, Johnny Cash, George Jones, Merle Haggard, and more!

Check out the emotional interview below, as well as Kris’ live performance of the song.