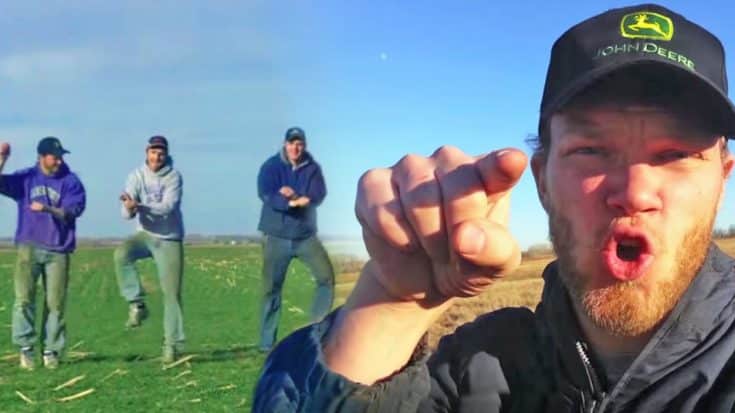 We’ve recently discovered The Peterson Farm Bros and we can’t get enough! Not only are they brothers and farmers, but they are musical and hilarious!

Greg, Nathan, and Kendal Peterson give us a look into a day in their lives through song parody. Their song, called “Farmer Style“, a parody of Korean rapper/singer Psy‘s viral hit “Gangnam Style“, has been viewed over 16 million times and is so funny!

The three brothers dance and sing on their tractors, in the field, and with their cattle about how important farming and agriculture are. A funny song with a good message!

The video also features the brothers working on their farm in Central Kansas. They started making these parody videos to, “Educate the general public on where their food comes from and what a real midwest family farm looks like“.

Along with parodies, their YouTube channel is filled with educational videos about farming.

Watch as The Peterson Farm Bros put their own hilarious spin on a viral hit!