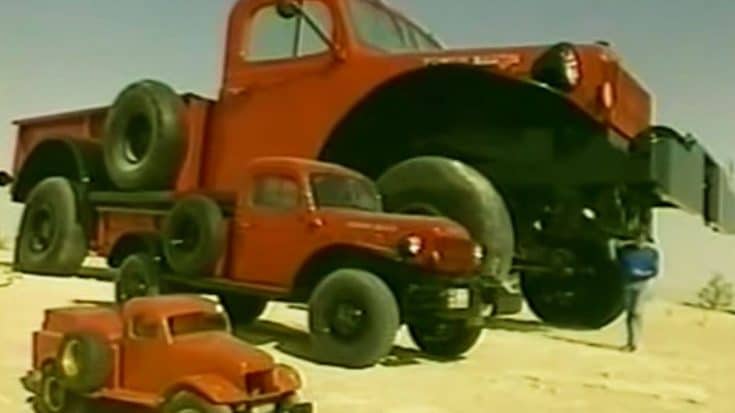 Jeremy Clarkson from BBC’s Top Gear introduced us to the World’s Biggest Pick-Up Truck and it’s even bigger than you’d expect it to be! To show us just how big it is, Clarkson walked out from behind the truck and looks like a doll!

The parts of this monstrous machine are not normal car parts.

“The wheels of an oil rig transporter, the wipers from an ocean liner, and the headlights cost 1000 pounds. each. Every detail is exactly 64 times bigger than the American original. A point that becomes blindingly obvious when you step inside.”

You thought it was just a huge truck? Think again! Inside the truck, is a house! Bedrooms, hallways, bathrooms, a living room, and a kitchen! If you lower the tailgate and open the sliding door in the living room, you get, “the best view…from the back of a pickup truck.“

What’s more impressive to Clarkson, is that the truck actually drives! “I cannot believe what I just saw. It moved!” he exclaimed.

The man who built it, Sheikh Hamad Bin Hamdan Al Nahyan aka “The Rainbow Sheikh“, explains that it has a small engine to move it only small distances and weighs close to 50 tons!

Watch the video below to see it for yourselves!