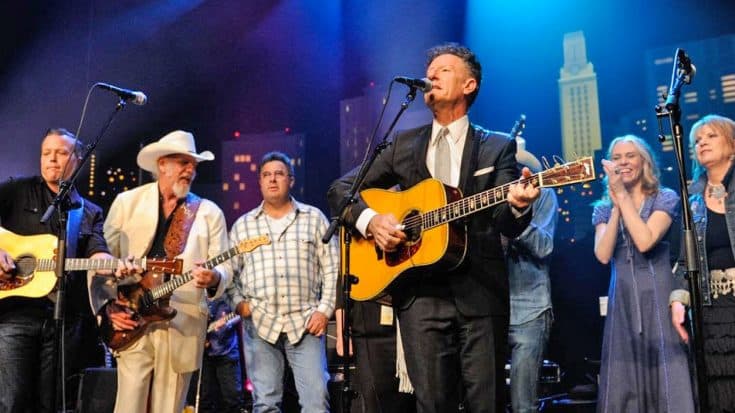 Austin City Limits music festival has been running for 41 seasons, but hasn’t had a performance like this before.

During the 2015 Austin City Limits Hall of Fame ceremony, Dwight Yoakam hosts a wide number of performances by world-class artists.

An truly amazing highlight from the TV special is a the finale performance where the whole band of talented musicians honor Townes Van Zandt in a showcase tribute of “White Freight Liner Blues”.

This folky tune was originally recorded on a live record in 1973, but not released for another four years. Since the track dropped, many artists have covered it, but this special artist mash-up takes the cake! Dwight brings in artists like Vince Gill, Lyle Lovett, Jason Isbell, Patty Loveless and others – you won’t want to miss out!

Check out this amazing tribute in the video below!