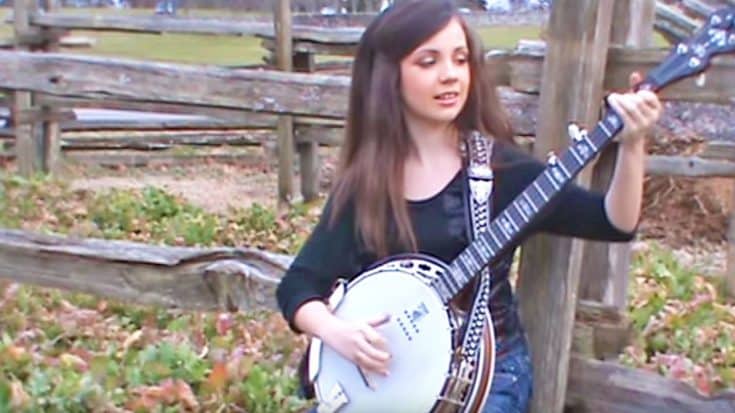 Willow Osborne has developed quite the following on YouTube, is the youth performer at the Country Tonite Theatre in Pigeon Forge, TN, has had her own show at Dollywood Theme Parks the past three years.

According to her website, she, “Picked up her first banjo at the tender age of four, and was taught by her friend and mentor, Harry “Biscuit” Davis, the 4-time International Banjo Champion.“

Her impressive skills caught our eye and we wanted to share this rare find with y’all! Earl Scruggs’ “Flint Hill Special” is a staple at most banjo shows, and Willow gave it her best shot. We must say, it’s the best we’ve heard at her age!

Scruggs grew up in the Flint Hill community in Cleveland County, North Carolina, which is likely where the name of the song came from. He perfected and popularized a three-finger banjo-picking style, known as “Scruggs style“, which is a defining characteristic of bluegrass music.

Take a look at Willow’s banjo skills below, you won’t be disappointed!