Hilarious! Luke Bryan Tells Ellen ALL ABOUT His Tight Jeans And Underwear 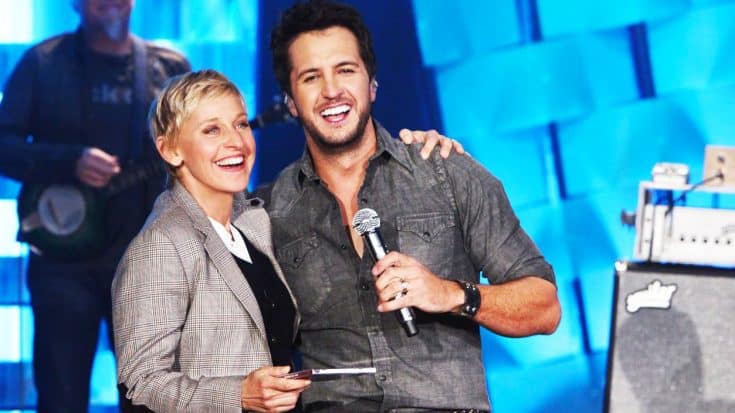 In this amusing interview, Luke confesses to his tight jeans…..and what’s underneath them!

Starting out by showing an embarrassing childhood photo of Luke Bryan, Ellen Degeneres jumps right from that into his tight jean choices.

“When you are up on a pedestal, people like to knock you down. And, Charles from Lady Antebellum, has said that you are wearing the tightest pants of anyone on the circuit now.” – Ellen says.

Together, the two review pictures of Luke’s pants and then show some of Charles’. Looking at a picture of Charles, Luke goes on:

“His jeans are tighter than mine! You could drive a Volkswagen between his legs.”

The laughs continue as the topic changes to Luke’s choice in underwear. He claims he wears Ellen-brand underwear, and HE PROVES IT!

Check out this super funny interview between these longtime friends in the video below!