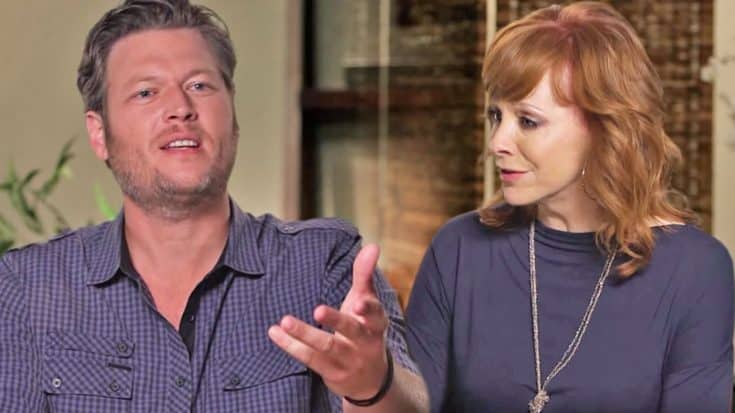 This is too good! Prepare to be laughing until it hurts!

In the hilarious clip below, country’s biggest stars come together for a pre-CMT ‘therapy session’ with hosts, Jason Aldean and Kristen Bell.

Kristen leads the group therapy as preparation for Jason’s (or as she calls him, “Al”) first hosting of the CMT Awards in 2013. To get ready, country’s biggest stars each pop out and gave their two cents on how to correctly host the show.

Actor Vince Vauhgn began the jokes, by picking on Jason until Blake Shelton interrupted him.

Blake makes his big appearance (while facing the wall- a hilarious reference to The Voice) and says, “Hey! Is it ok if I turn my chair around?” A joking Blake admitted, “Look Jason, nobody can teach you how to host an award show.”

Then it gets interesting. The legendary Reba McEntire made her appearance by telling Blake she taught him everything he knows! Could it be true!?

Luke Bryan is next, and tells Jason that the co-host is the most important part of the hosting duties (ahem, Blake!) While Carrie Underwood followed up by giving her advice about not getting overly friendly with the crowd.

Wow! A lot of interesting pointers!

In the end Kristen and Jason get the advice they need and quickly scurry off to start the CMT Awards. Hopefully they put the advice to good use!

The clip is filled with hilarious surprises and full of stars! Y’all have to see for yourself, we can’t give it all away!

Check it out below!