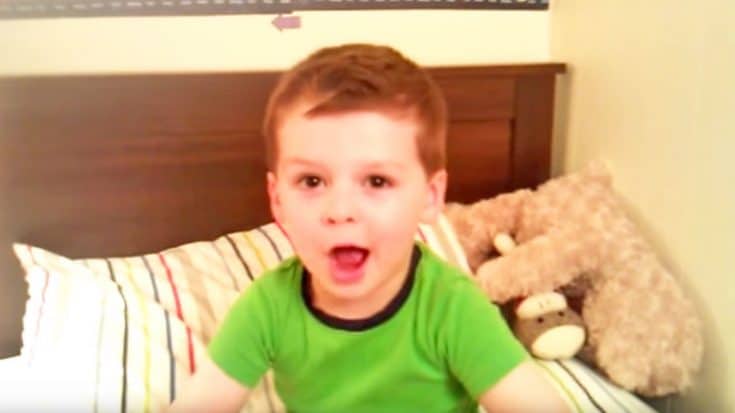 You haven’t heard Blake Shelton’s “Boys ‘Round Here” quite like this before. When one little boy takes Shelton’s hit song and turns it into his own personal hit, you won’t be able to handle the amount of cuteness.

Shelton released “Boys ‘Round Here” in 2013 as the second single from his album Based on a True Story… The song hit number one on the Billboard Country Airplay chart, and generated a lot of popularity for it’s celebration of Southern life.

Although we love the original version of the song, this particular version is just so adorable. The little boy starts singing the original lyrics before he adds some of his own personal flair. “Talkin’ bout moms, talkin’ bout dads, talkin’ bout light bulbs…” the list continues and only grows more hilarious as he goes on.

Y’all must watch this too cute video of “Boys ‘Round Here” the preschool addition.