Willie Robertson Shakes It For Luke Bryan On Stage, And It’s Hilarious 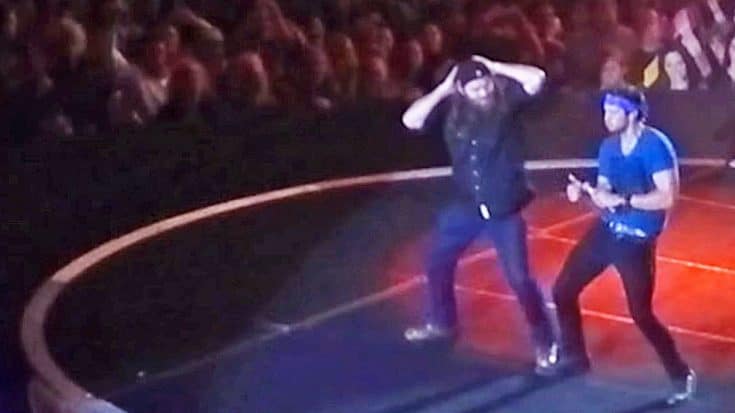 There’s never a dull moment for Duck Dynasty’s Willie Roberston. Inbetween being a businessman, hunter, and actor he and his family have plenty of fun up their sleeves. When Willie isn’t out duck huntin’ though, he’s showing off his best dance moves alongside his good pal, Luke Bryan. And we all know, Luke has some sexy hip shakin’ moves too.

Willie attended one of Luke’s live shows in Bossier City, Louisiana on his That’s My Kind of Night tour. The 2014 tour stretched from Nebraska to New York giving fans 18 unforgettable nights of country music. Of course, it wouldn’t be a Luke Bryan show without some surprise guests making an appearance.

While Luke was performing his hit song, “Country Girl (Shake It For Me),” Willie joined him on center stage and began to channel Luke’s signature dance moves. In his purple bandana and button-down, Willie gave the front row audience quite the show. A slight bend in the knees and some hip rotations were all Willie could get out but fans were loving it.

“You ready to give it to ’em?” Luke says and Willie happily obliges, shaking from side to side right next to Luke.

Luke could barely sing through the laughter that overtakes him while he watches his buddy entertain the crowd. The music gets louder and the pair starts dancing and singing together as they finish out Luke’s hit song. One thing is for sure – no one can shake it quite like Luke Bryan! But Willie comes in a close second.

The entire thing is a recipe for laughter, and definitely something y’all don’t want to miss!