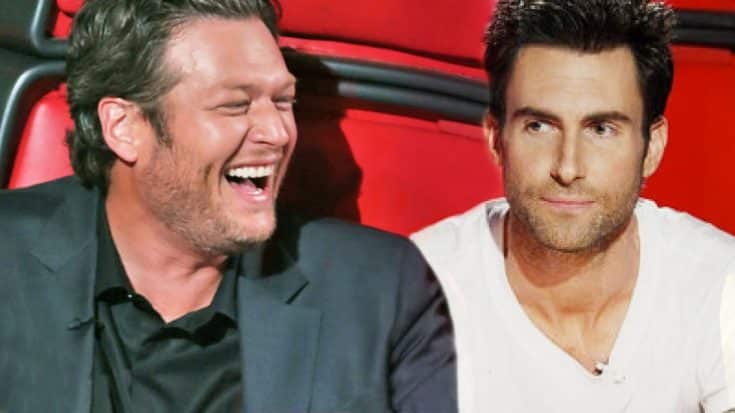 Fans of The Voice have come to know and love the bromance of Blake Shelton and Adam Levine. You know they love each other, but they love to mess around!

At the Bayou Country Superfest this past May, Shelton was talking to the crowd in between songs about his time on The Voice. He’s worked with some exceptional musicians and he wanted that to be known.

“Pharrell and Christina Aguilera, and Usher, and Cee Lo, and Shakira and Gwen Stefani. They’re all awesome! Except Adam.“

The crowd erupted in laughter, and so did we, especially when he wanted to make sure someone was recording it!

“I hope somebody’s YouTubing that. I hope he sees that!”

Blake is too much and we love him for that!