Josh Groban Meets A Man From The Audience…And He Sounds Just Like Him! 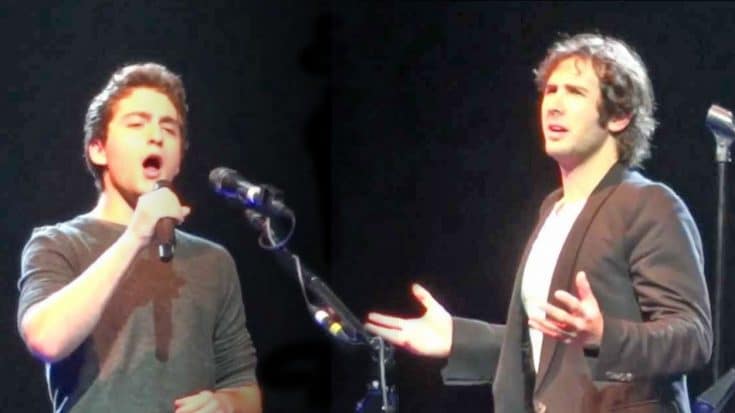 Josh Groban reads a question aloud from an audience member, but he wasn’t prepared for what happened next.

On a concert tour stop in New York at Madison Square Garden, Groban answers some questions submitted by audience members.

One of the questions was submitted by a young man also named Josh.  Surprisingly, both the audience member and the superstar have the SAME birthday! Josh Page asks Groban if he can sing with him on stage.

The next thing you know, Josh Page is on stage with Groban getting ready to sing. Groban jokes around a bit with him and they queue the track up. Groban starts singing and when Page takes the mic, the look of shock across his face is priceless!

Once this video went viral, Josh Page started getting requests for more performances and decided to audition for America’s Got Talent with a vocal group he put together.

Watch the video of Josh Groban and his vocal twin Josh Page singing the chart-topping single “The Prayer” below!

As a special treat, we have included a video of the group Page started performing “Unchained Melody” on America’s Got Talent as well.