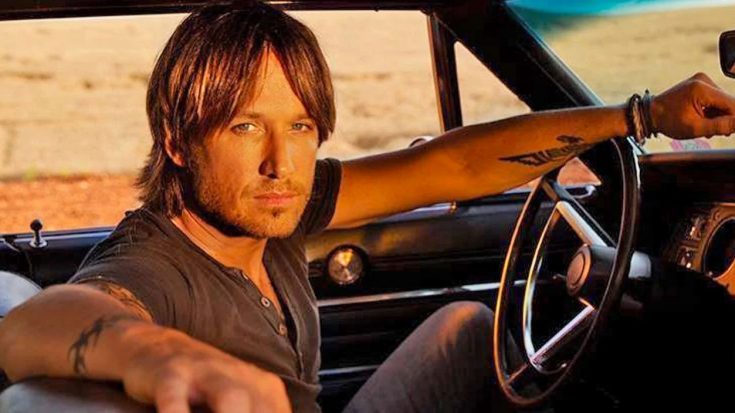 Releasing a total of nine studio albums and charting a staggering 45 singles, with 20 reaching number one on Billboard’s country chart, Keith Urban has had one of the most successful careers in modern country music.

Living in the spotlight alongside Oscar-winning actress Nicole Kidman, you may think you already know everything there is to know about the country music artist. However, there are a few things you probably don’t know about the Australian country singer.

Here’s a list of 6 things didn’t know about Keith Urban:

Prior to cranking out country hits on the radio, Urban was just your typical farm boy. While his father tended to their family-run convenience store, Urban would spend his days taking care of the animals on the farm.

According to Taste of Country, his time on the farm is how he learned to play the ukulele, the country singer learning strumming techniques from milking the cows.

2. HE MET NICOLE KIDMAN A YEAR BEFORE THEY GOT MARRIED

Urban and Kidman initially met back in 2005 at the G’Day USA Gala honoring Australians. The Nashville sweethearts got hitched the following year, welcoming their first daughter, Sunday Rose, into the world in 2008 and their second daughter Faith Margaret a couple years laters in 2010.

“I remember thinking I had such a crush on him and he wasn’t interested in me,” Kidman shared in an interview with talk show host Ellen DeGeneres. Whatever reason for the delay, 10 years of marriage and two children later, it’s safe to say the feeling was mutual.

3. SUBURBAN WAS HIS CHILDHOOD NICKNAME

Back when the singer was growing up still “learning everything he needed to know,” his childhood nickname was Suburban due to being the youngest of two brothers. As in Sub-Urban. Get it? Suburban, the lesser of two Urbans.

The Australian country singer is the youngest son of Marienne and Robert “Bob” Urban, the expert musician initially learning how to plain the guitar after his father put up an advertisement in the convenience store they owned in search of a guitar teacher for his son.

4. HE USED TO PLAY GUITAR FOR BROOKS AND DUNN Upon moving to Nashville, Urban scored a steady job working as a road guitarist for Brooks and Dunn as well as the Dixie Chicks.

5. HE WRITES SONGS IN THE SHOWER

The country music singer shared in an interview with Country Weekly back in 2005 that he enjoys writing music in the shower. While the singer doesn’t exclusively write songs in the shower, Urban always uses a pen, never a pencil or computer.

“I can’t type fast enough,” the country singer said in regards to his unique writing process.

When he was only 15 years old, Urban dropped out of high school in pursuit of a career in music. While he may not have graduated himself, the country singer is a serious supporter of education, music education in particular.

Urban was one of the original supporters of Music Makes Us, a program that seeks to raise the funds to make music a bigger part of curriculum in public schools by providing instruments and various other resources for aspiring artists.

We had no idea about his hilarious childhood name! Which one of these facts surprised you the most? Let us know!