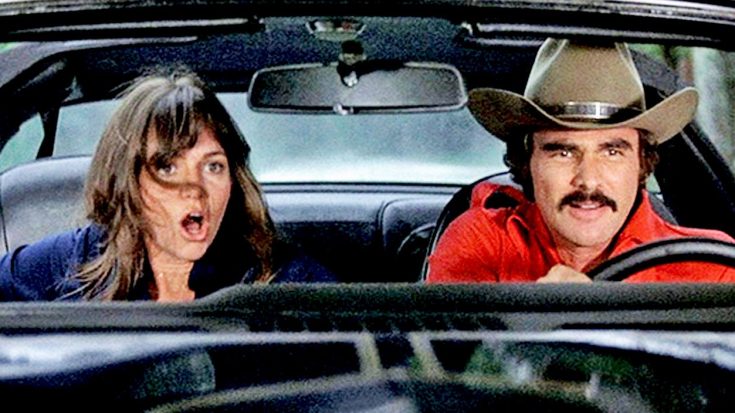 Filled with intense car chases and plenty of action, Smokey and the Bandit captivated millions when it was released on May 27, 1977. It maintains its iconic status today, and is still a beloved film by many.

Country fans have always felt a strong attachment to the film, which stars country music legend Jerry Reed in one of the main roles. The film also came equipped with a detailed soundtrack, which features a few contributions from Reed, including the track “East Bound and Down.” The song reached the second spot on the country chart, and is considered to be Reed’s signature piece.

The film’s all-star cast also includes Burt Reynolds, Sally Field, and Jackie Gleason. Together, the cast, plot, and soundtrack made for a classic film that has kept people entertained for decades.

Since it’s so popular, we’re sure you’ve seen Smokey and the Bandit a few times. But there’s a few facts about the film and its cast that you may not have known before. We have some of them to share with you right here! Just head down below to learn all about them!