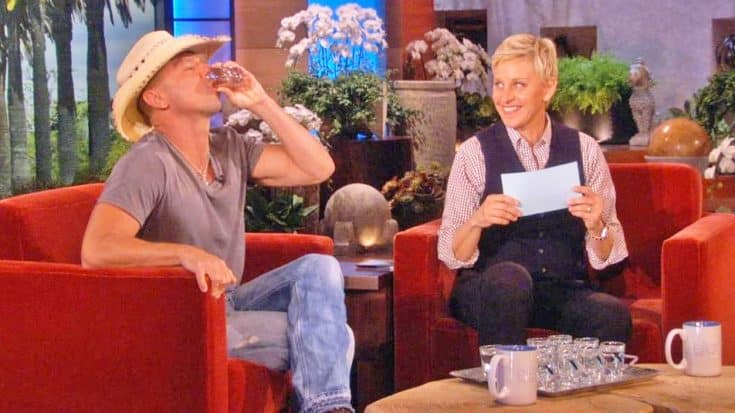 Is it ever too early for a cocktail? Not on the Ellen Show! When Kenny Chesney stopped by to talk about his new brand of rum, DeGeneres had plans for Chesney… drinking plans.

DeGeneres is known for being a prankster, and for surprising guests with shots of alcohol in the middle of taping. She asked Chesney as series of true and false questions – if he was right he had to take a shot. The only catch was that all of the questions were so obviously true that he was always right. He was a good sport!

The plus was that some of the shots were filled with water instead of booze, so Chesney had a 50/50 chance of avoiding the alcohol. All in the spirit of fun!

Chesney’s Blue Chair Bay rum is sold in stores all over the United States, and comes in a wide variety of flavors from banana to spiced coconut. Too bad that wasn’t what was in DeGeneres’ shot glasses!

Watch the hilarious clip below!