Blake Shelton Received A Toilet Seat, The Other Bizarre Fan Gifts Will SHOCK YOU 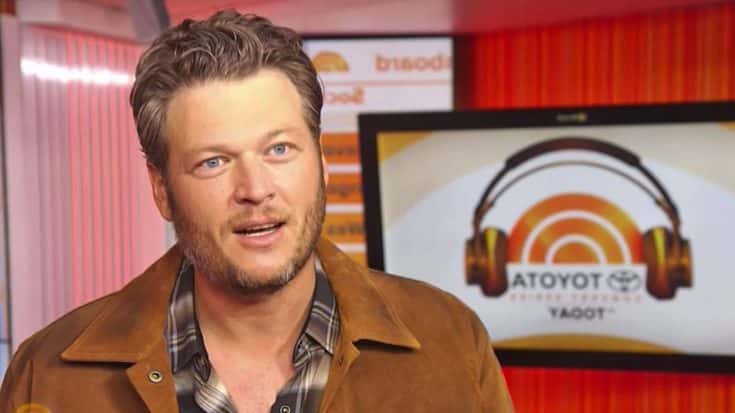 Blake Shelton tells all in a brief segment on NBC’s Today Show talking about how he stays hydrated (or doesn’t) and the weirdest gifts he’s received from fans.

Asking Shelton a few questions about life on the road, Today asks him: “So, what do you drink to stay hydrated?”

“I don’t drink water during my shows.” Blake says, “I don’t see how people perform without drinking alcohol. I literally don’t. I can’t remember my words unless I’m drinking.”

Next up they ask if he’s received any crazy gifts from fans.

“I was given a pair of miniature donkeys, one time – and that’s not a joke. Actual living animals.” Blake recalls, “I was given a toilet seat signed by Earl Thomas Conley one time.”

And one time he was handed a paper sack on stage. When he got to the tour bus, he says, “An iguana jumped out onto my chest. They have an interesting sense of humor, my fans.”

Check out the country-superstar-gone-voice-coach in the video below!