Luke Bryan Shows Off ‘The’ Move, And The Fans Go Wild 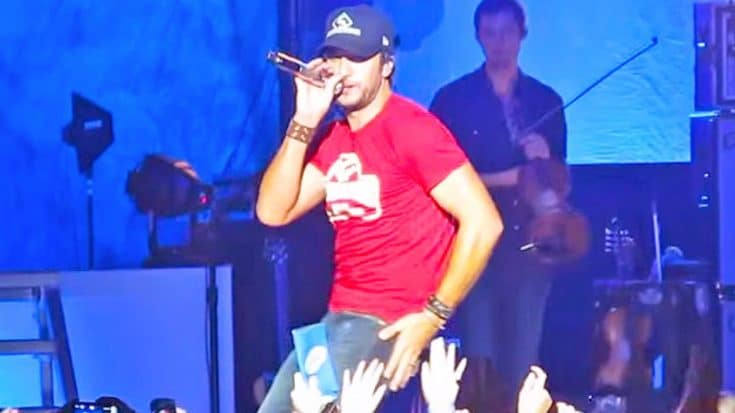 Luke Bryan has shown that he knows how to “shake it,” but this video proves once and for all that he has some serious moves.

While the band plays the beginning of Bryan’s hit song “Country Girl (Shake It For Me),” he decides to show off what he calls “the move.”

Bryan seems to be correcting someone else who tried “the move,” saying, “The move is kinda more like this if you know what I mean.”

After that, Bryan dips down low to the ground and does a few body rolls, really exaggerating his hip movements in particular.

Of course, Bryan’s moves make the crowd go wild, so he decides to humor them and do “the move” not once, but twice more.

The last time Bryan decides to make “the move” even more difficult, announcing that he is going to try to go down even lower and move slower, “you’ve gotta slow it down just a little bit.”

The crowd cheers even louder after Bryan does “the move” that time, and Bryan tries to stop laughing so that he can move into his performance of “Country Girl.”

Say what you want about Luke Bryan, but there’s no denying that he sure can bust a move!