By Jennifer Pernicano on October 12, 2015
Advertisement 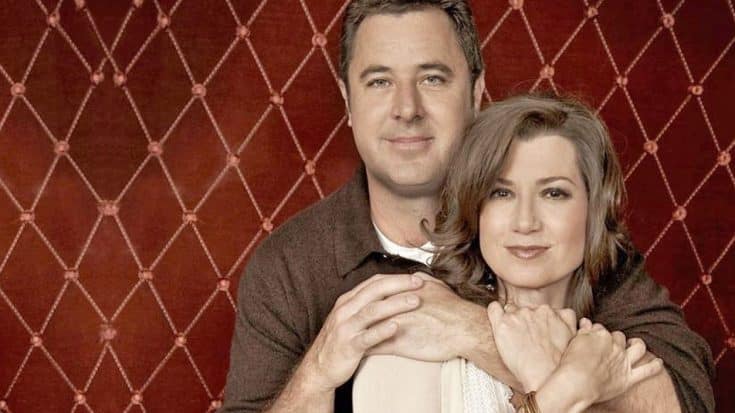 Vince Gill first met his wife Amy Grant in 1993 when they recorded a duet together and they have been on each other’s minds ever since.

A rocky start (they were both married and had children) delayed them from dating right away, but they eventually found each other again in 1999, when both marriages were over. They married on March 10, 2000, and it wasn’t easy to blend their two families.

“We were probably a year and a half, two years into our marriage,” Grant says. “And we sittin’ out in the backyard, and he said, ‘You know what Ame, I love you and I still feel a little like a stranger in my own life.’ and I said, ‘I’m so glad you said that, I do too. Just a little bit.'”

They had a daughter, Corrina, which changed everything. Gill has previously said, “[She’s] the glue of this whole family. She bonded all of us in a blood way that really did connect us.“

Grant also says that, “It eventually becomes about the life you’re in, and not the one you won’t ever return to.”

Here’s to moving forward, as the Grant/Gill family has! Check out the interview below.