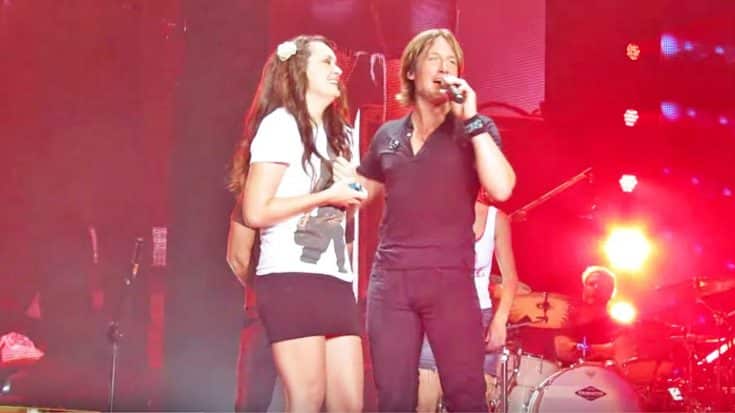 Who wouldn’t be nervous on stage with Keith Urban? The charming Aussie has a habit of making fans feel extra special at concerts, and this one was no exception.

Urban brought three fans on stage to sing his hit song, “Kiss A Girl”, and they all rocked it! One 12-year old girl was particularly nervous to meet such a big star at a young age. Either way, she did an amazing job in front of such a large crowd!

“Kiss A Girl” was written and recorded by Urban in 2009. Released off his album, Defying Gravity, the single has become one of Urban’s most iconic songs. It’s hard not to sing along!

After all three fans had a chance to show off their singing skills, the crowd chose a winner. The nervous teen wasn’t the audience favorite, but all three were winners in our eyes. After all, it’s not every day you get on stage to sing with Keith Urban.

Watch the singing battle below!