By Miranda Raye on October 13, 2015
Advertisement 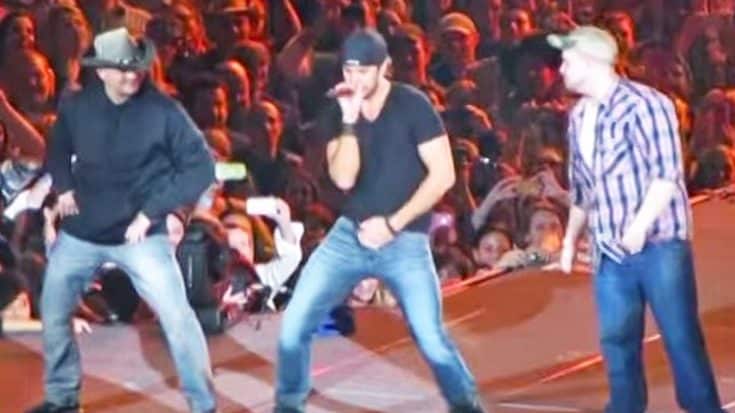 It’s well-known that Luke Bryan has a talent for “shakin’ it,” so it only seems fair that he’d share his talent with others.

During a 2013 show on Long Island, Bryan stops in the middle of performing his hit song “Country Girl (Shake It For Me)” to invite a couple of country boys on stage.

“Girls, I know you all like to see a country boy shake it from time to time,” he says.

Of course they did, so Bryan brings two guys up on stage so they can “shake it” for the audience.

But when Bryan sets them free to “shake it”, he is disappointed with their dancing skills.

“Hold on…all y’all doing is walking around,” he said.

That’s when Bryan brings them back to center stage and decides to show them how it’s done.

Bryan bends down low and swings his hips, causing the crowd to go wild. One of the guys manages to get the hang of the moves, but the other guy just can’t pick up on it.

After a while, the guys go back into the crowd and Bryan takes over again, showing off his dance moves as he finishes out the rest of the song.

Take note fellas, if you want to impress the country girl in your life, Bryan gives some good advice in this clip!

Watch Bryan teach two Long Island boys how to “shake it” in the video below!