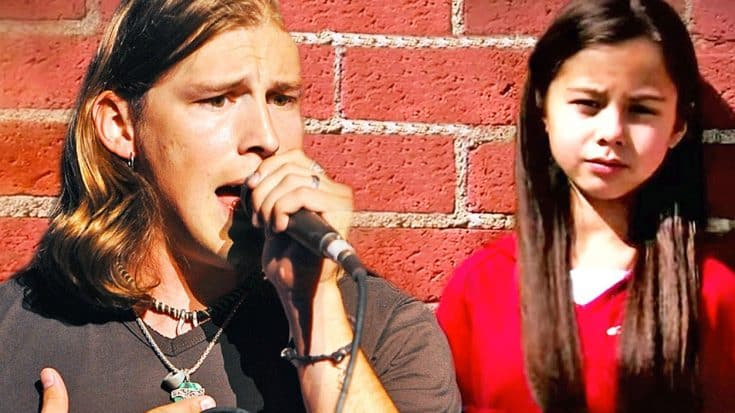 Every once in a while, a song comes along that sticks in your mind forever.

Jason Michael Carroll’s “Alyssa Lies” is one of those songs.

Released in 2006 as the first single from Carroll’s debut album Waitin’ In The Country, “Alyssa Lies” was written by Carroll himself.

In an interview with CMT in 2007, Carroll said he was inspired to write “Alyssa Lies” after he read a poem by one of his friends that centered on the subject of child abuse:

“It really struck a nerve. I thought about writing it, and then I tried to put it out of my head. Two days later, I turned on the TV and saw a story on the news about [child abuse]. I said ‘well, two times in two days, I’m definitely supposed to write this song.’”

It took Carroll a year and a half to write “Alyssa Lies” for his album, saying that he found the process to be so emotional that he actually developed migraines while writing it.

The song tells the story of a little girl who meets another girl named Alyssa, who is suffering from abuse. Any time someone asks Alyssa about her marks and bruises, she lies.

The little girl tells her dad, the narrator of the story, about Alyssa, and he decides to report the abuse. However, the next day he discovers that he was too late to save Alyssa.

“Alyssa Lies” is an emotional song on its own, but the music video adds a whole new level of sadness. The video opens with a teacher asking his students to listen to the song and write a journal about it. After that, the camera pans to a television at the front of the room, where the video for “Alyssa Lies” starts playing.

Keep a box of tissues nearby, because you’re going to need them after you watch this very emotional video.