How Brantley Gilbert Helps Veterans Behind The Scenes 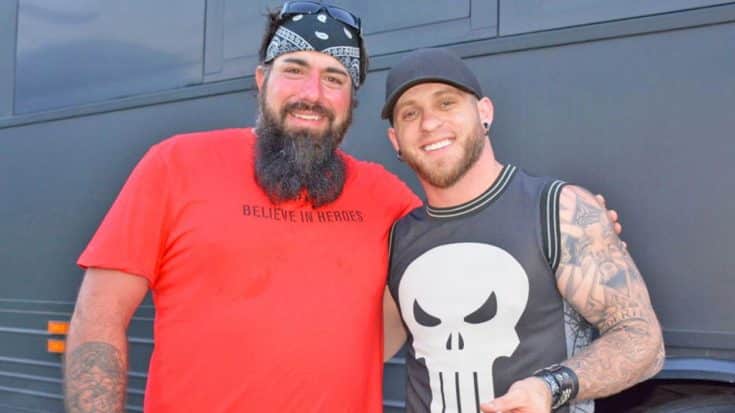 Brantley Gilbert is as dedicated to U.S. troops as he is music, if not more. His support for veterans going through tough times is inspiring and definitely something worth noting. The “One Hell of an Amen” singer was gifted the honor of a lifetime from a true hero for all that he has done.

Gilbert is a supporter of the charity organization, Iraq and Afghanistan Veterans of America (IAVA). The charity is dedicated to helping veterans find employment and receive an education after they return home. Army veteran Justin Patterson was so touched by Gilbert’s efforts in helping men and woman like him that he could only think of one thing to do.

Patterson presented Gilbert with his first purple heart – one of the biggest honors you could possibly imagine. Gilbert was absolutely floored at the thought, and humbled by the gesture. Patterson suffers from PTSD and says in the video below that Gilbert really has changed his life for the better.

He expressed some of his feelings in an interview with Taste of Country.

“I invest in relationships so once I care about somebody, once I give a s––t about somebody I like to keep up with them and make sure they’re okay, the best I can,” Gilbert says.

In the second video below, Gilbert expresses his deep appreciation toward Patterson and all of the veterans he talks to on a daily basis. Gilbert calls the veterans he mentors on the phone, and uses his own past experiences to help them. He serves as a true confidant for men and woman who really need it, and they keep him grounded between all of the public appearances and shows.

Patterson is now someone he considers a “lifelong friend”

Watch Patterson present Gilbert with his purple heart, and listen to what he has to say about this tremendous honor!