You Can Now Dress As Reba McEntire For Halloween, And You Won’t Believe How 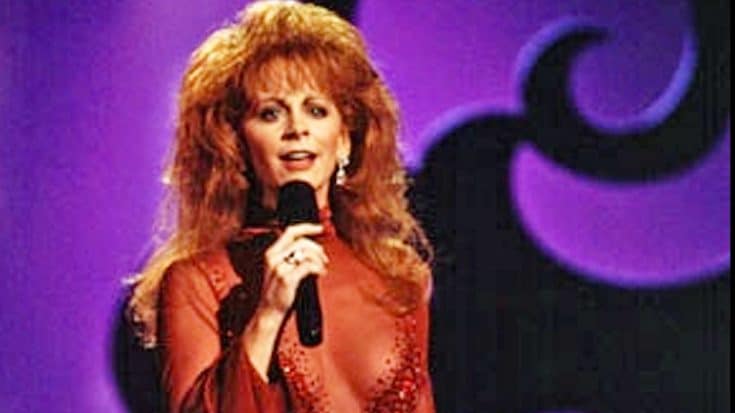 It is always a challenge to pick out a unique Halloween costume to make you stand out in the crowd. Well thanks to Reba McEntire, that is a challenge no more.

McEntire took to her Instagram on Tuesday to announce that for a limited time, people can purchase her iconic “red dress” as a halloween costume.

Over the course of her career, not a single one of McEntire’s outfits have stood out more than her red dress, which she wore for the 1993 CMA awards.

McEntire says in an interview with Taste Of Country that she had no idea the dress was so revealing. She thought it looked alright when she checked it over in the dressing room before she went on stage, and was under the impression that her stylist had added more sequins to it.

But she said she first became aware of just how revealing the dress was when she walked by Kris Kristofferson.

“Kris Kristofferson walked past me, and of course his eyes got big and I wondered, ‘Hmm … I wonder if she [her stylist] did fill it in.’”

As to be expected, the crowd gasped when McEntire came on stage in the dress, but she pushed through her performance.

So what happened to the dress? Well besides being turned into a Halloween costume, McEntire’s famous red dress has been featured in the Country Music Hall of Fame.

The Halloween costume version of McEntire’s red dress is not as revealing as the original however, it’s simply a t-shirt featuring a print of the dress on the front.

Just in time for Halloween, get your very own version of Reba's infamous "Red Dress" and be the envy of everyone at your costume party! This limited edition tee is only available for one week – see link in profile to shop.

Those anxious to get their hands on the costume can purchase it for $29.99 through teespring.com. But you have to hurry! The tee is only available for a week, and then it will be gone!

Watch the video below to see McEntire’s famous 1993 CMA performance in her iconic red dress.