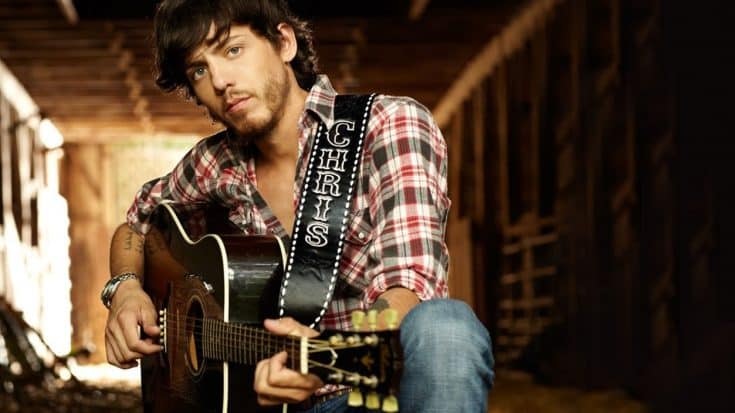 Having written songs for Tim McGraw andJustin Moore, Chris Janson has charted four times on Hot Country Songs, and Country Airplay. Relatively new to the country scene (Est. 2009), Janson has made waves in the country genre with his hit single, “Buy Me A Boat“. Janson self-released the single in early 2015, and it made an appearance at No. 33 on the Hot Country Songs, after it’s first debut on the Bobby Bones Show. Janson’s single became his top 5 hit by August, and it peaked at No. 1 on Mediabase, and No. 3 on Country Airplay.

Janson’s debut album, also titled “Buy Me A Boat” can be found on iTunes here, and will be fully available and released on October 30th.

In the video below, Janson gives fans a behind-the-scenes look at one of his new, highly-anticipated tracks, “Under The Sun“.

Wearing a Charlie Daniels shirt, Janson tells an intimate story about how the new ballad came to be:

“My friends Ed and Casey came over, and they had that idea tossing around, and man, that idea starting pouring out of Casey, with that amazing drop chord melody. That song really just fell out of all of us. We started adding little pieces to it. It ended up feeling like a ‘beachy-water’ song, but it’s really not. It’s about nothin’ new under the sun, nothin’ new in our world, just business as usual, and I love that. That’s one of my top 3 favorite songs in the whole record.“