By Jennifer Pernicano on October 19, 2015
Advertisement 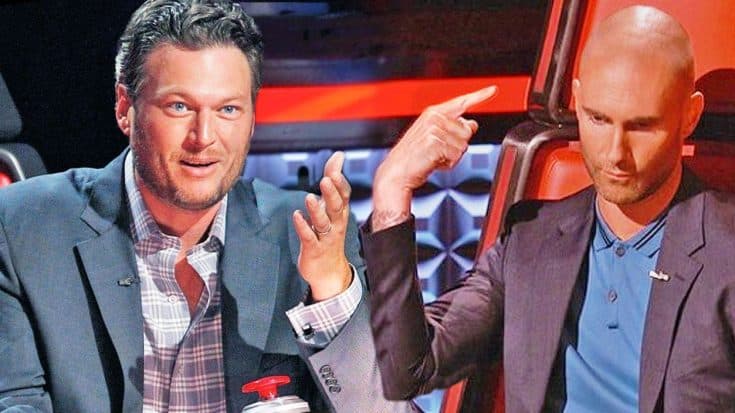 It’s no shock that Blake Shelton and Adam Levine have a competitive relationship on The Voice. Their hilarious banter is one of the reasons we keep watching every season!

During the battle rounds, Levine debuted a new hairstyle–bald! Ellen Degeneres took notice of this and figured she’d have some fun with it.

On her talk show, she said,

“Earlier this week, Adam Levine showed off some of his lack of hair. He shaved his head! Adam and Blake have this kind of bromance, they’re very, very competitive, and the next day, Blake was already trying to out-do him.”

She then shows a clip to her audience of Blake’s team battling it out. The camera pans to each coach’s reaction, and then finally to Blake, who is now bald as well (Thanks to some TV magic!) Ellen’s entire audience erupted in laughter and so did we!

Not only did she make Blake go bald, she made him go cul-de-sac bald!

Watch this hilarious video below!