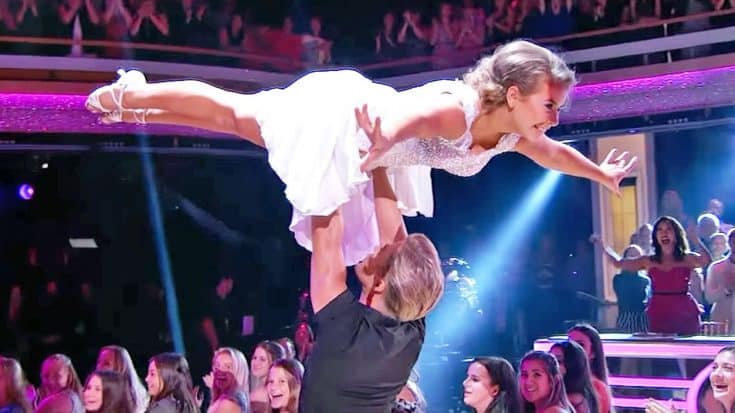 Nobody puts Bindi in a corner…

Bindi Irwin and her dance partner, Derek Hough, have taken the competition to the next level. “The Dancing With The Stars” duo gave a performance to remember when they channeled one of the most iconic dance numbers of all time.

The two performed the classic final dance from “Dirty Dancing” and it was simply stunning. They recreated the entire scene, from the setting, to the costumes, and even… the legendary lift!

Bindi posted the duo’s lift practice to her Twitter account with caption, “Getting ready for tonight’s show on @DancingABC.”

Getting ready for tonight’s show on @DancingABC, I still can’t believe I’ve been given this opportunity. pic.twitter.com/dPmy3MONrU

It was clear that Bindi and Derek had fun with the performance, while still making sure to mimic “Dirty Dancing” to a T!

The DWTS duo channeled Jennifer Grey and Patrick Swayze to absolute perfection! They were so great that they received a perfect 40 out of 40 score! Well deserved!

We’re sure this dance number will take your breath away.

Check out Bindi & Derek’s rumba, as well as the original dance number below.