By Jennifer Pernicano on October 20, 2015
Advertisement 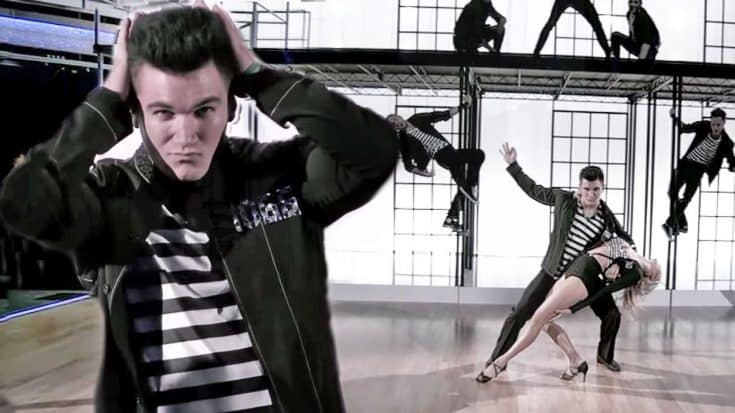 You may not know his name, but you will now.

Alek Skarlatos, an Oregon Army National Guardsmen, rose to fame when he was on a European vacation his two of his buddies and they stopped a gunman on a Paris-bound train in August 2015.

He was awarded the United States Army Soldier’s Medal from President Obama and received France’s highest award, the Legion of Honour, from French president François Hollande.

More recently, he has been competing on the 21st season of Dancing With The Stars. This past week, Alek and his pro-partner Lindsay Arnold performed an upbeat jive to Elvis Presley’s iconic dance to “Jailhouse Rock“.

Will @alekskarlatos and @lindsarnold rock their way out of the jailhouse by Monday night? #DWTS #FamousDances

He had no trouble getting into character this week, as you can see!

The only contestant who isn’t a performer by trade, Alek always puts his best foot forward and looks like he’s having so much fun!

What do y’all think of his Elvis impersonation?