Johnny Cash’s Haunted Plantation Home: What Happened There Is A Chilling Story 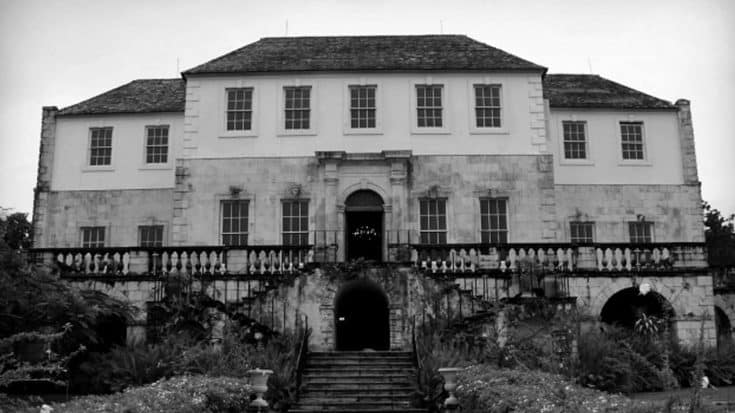 A worldwide superstar, Johnny Cash and his wife June Carter Cash, have always been in the public eye. One specific part of their lives was less talked about…

A fact that most people don’t know is that Johnny and June spent a large part of their time in a large plantation home in Jamaica. One of the few structures to survive the 1831 Slave Revolt, these country icons bought the home in the mid-70s. More interesting, is what has occurred to Johnny and his family while at the home. In the mid 1700’s a large sugar plantation ran by the owners of the home covered what is now a golf course occupying a majority of the homes landscape. Hundreds of slaves toiled in the fields, and the basement floor of the home was a dungeon where disobedient slaves were punished. Cash wrote about the previous workers saying

“All that remains of those people now, the metal hinges from their doors and nails from their walls, lies hidden in the undergrowth on the hillsides or in the soil…” Johnny himself even recalled an encounter with one of these souls in his autobiography. He describes a time when he and several guests observed a figure of a woman in the dining room appearing to be in her early 30s, wearing a full-length white dress. She moved through the dining room door headed to the kitchen an crossed the room toward a pair of closed double doors. He and his guests watched in amazement as she moved through the locked doors without opening them. Immediately following, the group heard a “rat-tat-tat, rat-tat” from the other side.

“We’ve never had any trouble with these souls,” Cash writes. “They mean us no harm, I believe, and we’re certainly not scared of them; they just don’t produce that kind of emotion.”

Although, these moments were not frightening to Cash or his family…another experience was.  In the 80’s during Christmas dinner, three young men invaded the home and took his 11-year-old son, hostage, holding a gun to his head. Cash cooperated with the thieves, and thankfully they released little John to his family. Shortly thereafter, the thieves were caught – but the family wouldn’t ever forget the traumatic experience.

With all these strange things happening in the house….do you think it’s really haunted?