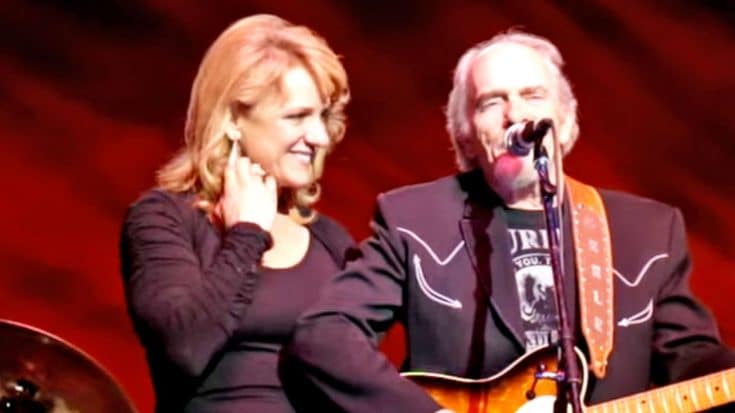 For a couple who has been married over 25 years, they’ve still got it! Merle Haggard and his wife Theresa show us that the flame doesn’t have to burn out, and their duet of the classic, “Jackson” is a perfect example.

“Jackson” was made famous as a country tune by the iconic Johnny Cash and June Carter in 1967. The lyrics tell a story of a couple who is trying to reclaim the fire they once had in their relationship. It’s a playful duet, in which Merle and Theresa execute perfectly.

The couple doesn’t have the most conventional love story, but maybe that’s the secret to their success. Merle was married four times before meeting Theresa for the first time backstage at a show. The couple married on September 11, 1993, and have two children together, Jenessa and Ben.

Watch the loving performance of “Jackson” below!