Pissed Off Bull Jumps Into Crowd After Being Taunted?? This is TERRIFYING!! 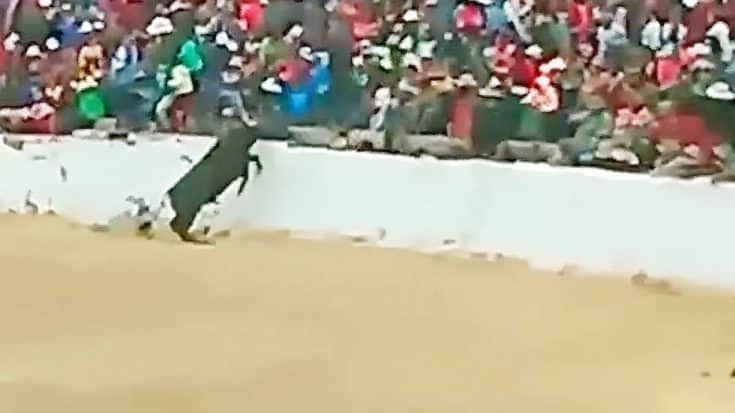 A bull jumped a barrier during a bullfight in Taraco, Peru and left at least four people seriously injured. Someone caught the incident on camera, and it doesn’t take long to see the series of terrifying events take place. According to The Daily Mail, thousands of spectators watched the closing of the traditional ceremonies to celebrate the patron saint of Taraco. The last thing that expected was a dramatic ending to the evening. However, the bull was taunted by people throwing beer and other objects which led to the aggression it took to jump the security barrier.

Throughout the course of the video you can see the bull taunted by the rowdy crowd. He circles the ring a few times before leaping into the crowd, sending the entire arena into a frenzy. Spectators were completely panicked, and even jumped down into the ring to escape the bull (as pictured above).

Watch the dramatic footage below.