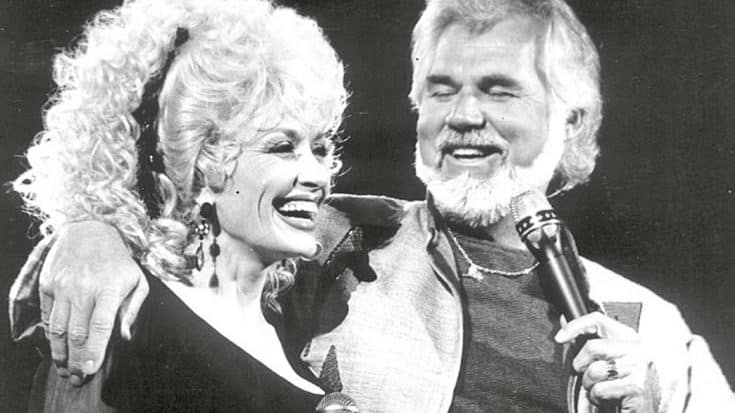 For more than 30 years, rumors have circulated about the relationship between Kenny Rogers and Dolly Parton.

In the video below, Kenny sets the record straight on their relationship.

The chemistry between the two is undeniable, on and off stage. Dolly and Kenny have a connection that some of us will never experience, but according to Kenny, it’s purely friendship.

In an interview with Yallwire, Kenny opened up about the relationship between the two.

Kenny admitted the two have a serious connection, but they were simply just great friends. He said,

She was married, and I’d met Carl before, and I was married at the time, and that was never what it was about. It was about having fun on stage and I say that we actually flirted for thirty years.

When he was asked about his use of the word “soulmate” to describe Dolly, he agreed she was his soulmate, in a friendship way. The country icon said,

I think that when you can go five years without seeing somebody and they walk in a room and you feel as comfortable as you did five years ago, there’s something special about that.

When you meet people that special, it is important to keep them close.

The dynamic duo released their first duet in 1983, the iconic “Islands In The Stream“. The duet was a hit, reaching #1 on the US country chart as well as topping the US pop chart. Twenty-two years later, “Islands in the Stream” was voted #1 on CMT‘s poll for Best Country Duet of all Time. But the duet was just the beginning of their success story.

From then on, the two continued to make music and top charts, even to this day. The duo most recently released the emotional song about their friendship, “You Can’t Make Old Friends“.

Dolly and Kenny are the perfect example of true friendship, and we’re so glad the world brought them together!

Check out Kenny’s revealing interview, and the duo’s friendship song below.