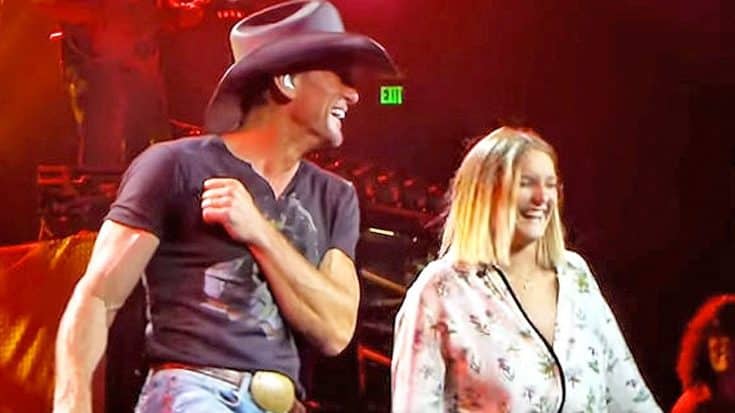 “I’m uncool to her. There’s nothing cool about dad.”

In what may have been his “Cool Dad” moment, Tim McGraw invited his oldest daughter Gracie on stage to perform their brand new duet “Here Tonight”.

Their duet in Nashville has made Gracie somewhat of an internet sensation. During the duet, we learned that she did lend her vocals to her famous dad’s new album Damn Country Music, out November 6. Their song “Here Tonight” is now available on iTunes with a pre-order of the album.

Today, he acted like a “Cool Dad” again and posted a Throwback Thursday picture of the two of them backstage at one of his shows in New York City.

#TBT with Gracie at The Beacon Theatre in NYC!

Tim clearly loves her so much, and she looks like she’s too cool for him, like a true 18-year-old!

Can’t get enough of Tim and Gracie? Take a look at their amazing duet below.