Jep Robertson Shares Photo Of New ‘Do,’ And You’ll Never Believe What It Is! 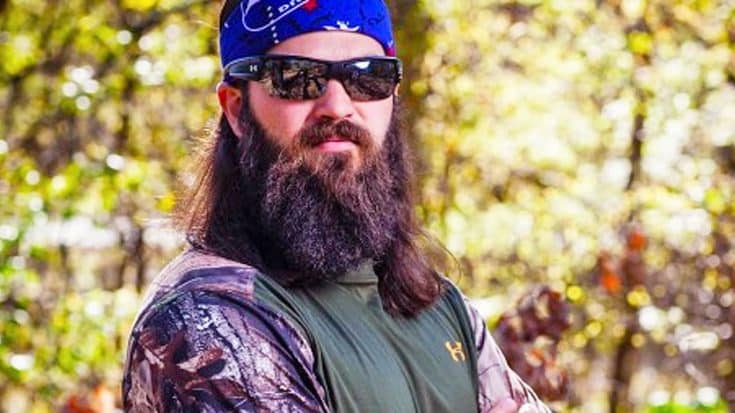 Usually, Jep Robertson lets his long hair go wild, sometimes tying it back in a bandanna. But on a recent trip to the Bahamas, Jep decided to try a completely new “do.”

Jep’s wife Jessica took to her Twitter to show of her husband’s new hairstyle, captioning the photo “oh yes he did!”

The photo shows Jep looking hesitantly at the camera, with long cornrows in his hair, which is definitely different than his usual style.

Jep also took to his own Twitter to share a side shot of his new hairstyle, captioning the photo “In the Bahamas…stuff happens!“

The Robertsons had been in the Bahamas for the Duck Commander Cruise, which set sail on October 22 and returned on October 26. Guests had the chance to join Jep and Jessica on the cruise, as well as Uncle Si, Phil, Miss Kay, Martin, and Goodwin.

We wonder what the others had to say about Jep’s new hairstyle, especially Phil and Uncle Si?

But more importantly, why didn’t Jep decide to braid his bread as well? Now that would have been really unique!

Jep is known for his hilarious moments, with some of his best being featured in the video below.

We hope all the Robertsons enjoyed their trip to the Bahamas, and that Jep isn’t catching too much grief for trying something new with his hair!