Blake Shelton As Wyatt Earp??! This is HILARIOUS! 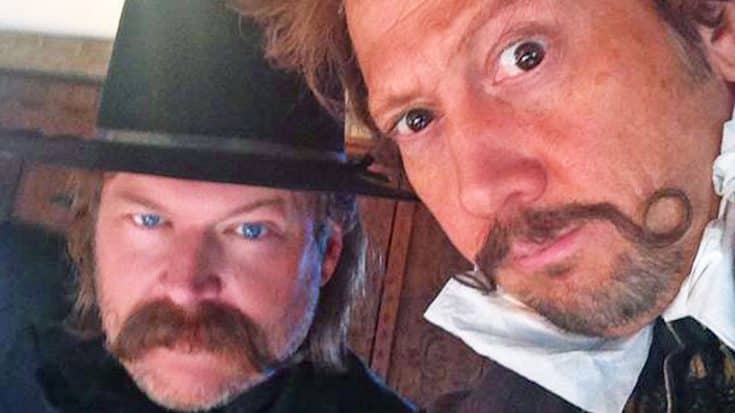 Adam Sandler may be one of the most recognizable comedians in Hollywood, and can bring his fair share of people to the box office for his movies. Despite this, Sandler decided to make a deal with Netflix for four of his upcoming films, which will only be available through its service.

Netflix just released the trailer for the first of Sandler’s films with them, which is a western-themed comedy called The Ridiculous 6.

Sandler plays an outlaw named Tommy “White Knife” Stockburn who pairs up with a group of five unique individuals. As the “Ridiculous 6” soon find out, all of them share the same father, and they make it their mission to find him and help him out.

One of the film’s other big stars is none other than Blake Shelton, who has a small part in the film as the legendary Wyatt Earp.

Wearing a giant curled mustache and a long black coat, Shelton acts distressed about the havoc the “Ridiculous 6” are causing in town

“I swear a man can’t ride five miles in this territory without running into outlaws and Indians,” he says.

Besides being hilarious, the trailer is full of action-packed scenes, like horseback rides through the western landscape and shootouts in the middle of town.

Watch the trailer for The Ridiculous 6 in the video below, and let us know what you think! How does Shelton do in his role as Wyatt Earp?

The Ridiculous 6 will be available exclusively through Netflix starting December 11.