Carrie Underwood Gets Scared By WHAT?! This Is Hilarious! 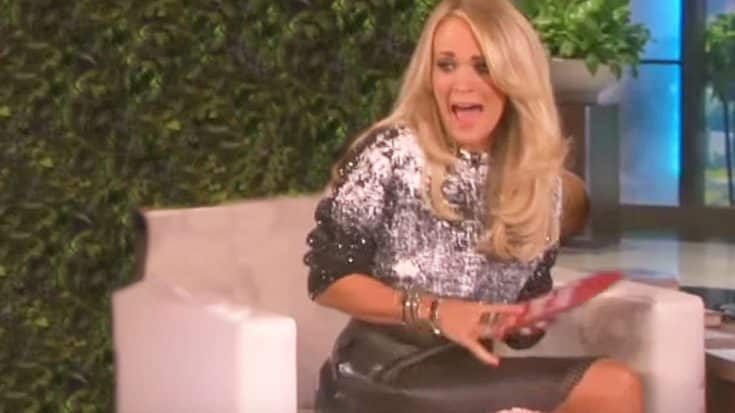 She should have known!

With Halloween coming up, Ellen Degeneres’ scare tactics on her daytime talk show are at an all-time high!

Carrie Underwood stopped by Ellen to talk about her new album Storyteller, her upcoming tour, and her family.

They also play a game called “Country Song or Country Wrong” where they are given a title of a song, and have to decide if it is actually a county song, or if it is a made-up title. The hilarious game tested Underwood’s country knowledge and she did pretty well!

While Underwood was opening up about whether or not her husband Mike Fisher is a cowboy, one of Ellen’s employee’s, dressed like a cowboy, comes from backstage and scares her!

Carrie is a class act and handled that hilarious scare pretty well!

Take a look at the interview and scare below!