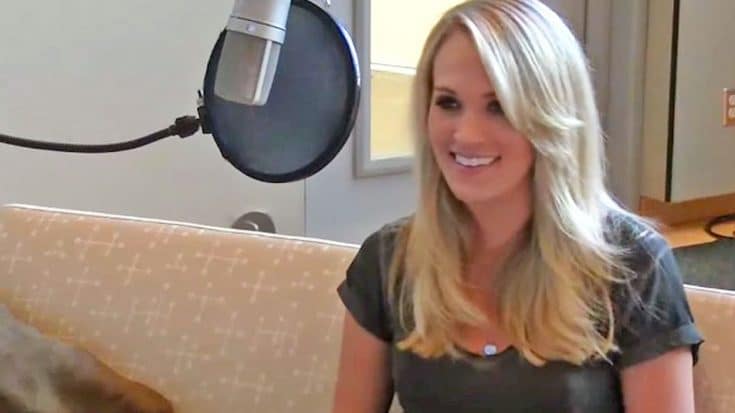 Carrie Underwood wants to make her son’s first Halloween a special one.

Rather than dress her 8 month year-old son Isaiah in a traditional Halloween costume, Underwood wanted to get him an outfit that had some meaning to it.

Underwood’s husband, Mike Fisher, who plays hockey for the Nashville predators, earned himself the nickname “Fish” from his teammates. After Isaiah was born, he therefore became known as “little fish.”

Because of that, Underwood decided to play off the nicknames of her two favorite boys, “Our last name is Fisher of course, so [Isaiah’s] gonna be a little fish,” Underwood says.

But Underwood says that little Isaiah may not be the only one dressing up for Halloween this year. She says that her and Fisher may join in on the fun as well.

“I thought if we end up going somewhere with him, it’d be easy to go somewhere like Bass Pro and get some waders, and a pole, and a tackle box or something. So we can be the Fishers.“

Watch the video below to hear more about Underwood’s plans for Halloween this year!

If Underwood does go through with the “Fisher” idea, it’s sure to be one of the most unique and adorable family costumes ever!