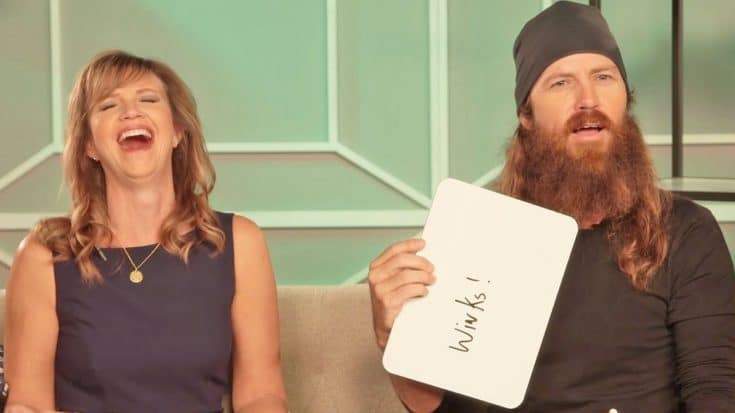 One of Duck Dynasty’s cutest couples took the newlywed game challenge, and you won’t believe what they reveal!

Jase and Missy Robertson are a beautiful example of happiness and success when it comes to marriage, but do they know each other as good as newlyweds? Us Weekly put them to the test!

We have to admit, their answers didn’t always match up, but when it came to Jase’s beard – they both knew the grossest thing every found stuck in it. The answer will really surprise you!

Along the way, we learned some fun facts about Missy and Jase. Did you know Missy actually prefers Jase to be clean shaven? She also “doesn’t do camo” and considers Jase to be her “celebrity crush”. Adorable!

Missy was just 16 when the couple started dating, but decades later these two seem more in love than a couple of kids!