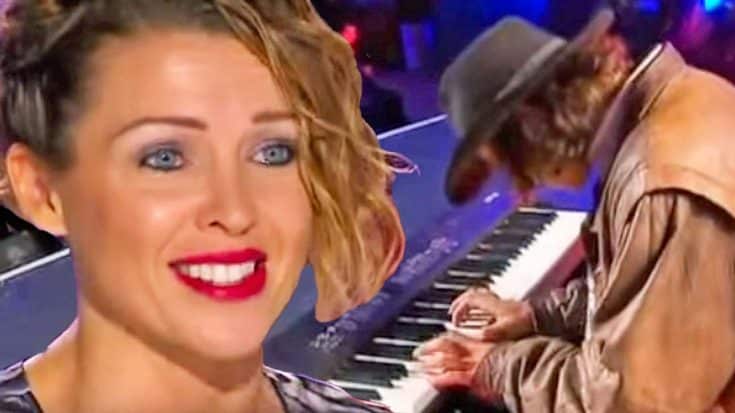 For 16-year-old Australian farm boy Chooka, playing the piano is something that has always come naturally to him.

“We bought a piano, and I just started tapping on the piano, and that’s how I learned,” he says.

Even though Chooka had a lot of experience playing the piano, he had never performed in front of an audience. So when he took to stage of Australia’s Got Talent to audition for the popular show, he was nervous, but still had a solid plan in mind for his performance.

“I’m quite nervous about what I’m going to do. What I’d like to do is just make it all up on the spot, play what I feel,” he says.

When Chooka tells the judges that he was going to make up his song on the spot, they are understandably shocked.

“We’re interested to see what you’ve got to show us,” says one of the judges, before wishing Chooka good luck.

But within seconds, it’s clear that Chooka doesn’t need any luck. He starts pounding out beautiful melodies and harmonies on the piano, making it hard to believe that the whole performance is improvised.

A few times the camera zooms in on Chooka’s fingers, showing how quickly they move across the keys. The judges can’t help but stare at him in awe as they watch him perform, and he receives a standing ovation from all three of them at the end.

“That sign on the back of the wall does not even do you justice,” says one of the judges, pointing to the show’s logo behind Chooka.

We agree, Chooka’s talent is definitely something from out of this world!

Watch Chooka’s incredible, improvised piano solo in the video below.

Chooka ended up finishing as a finalist on his season of Australia’s Got Talent, and after you watch this video, you’ll be able to understand why!