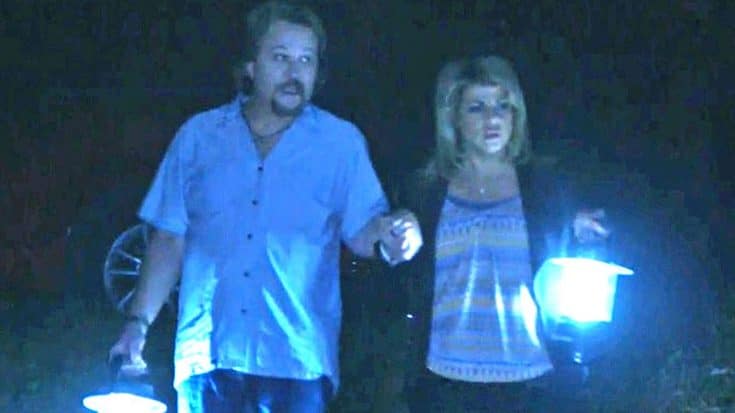 As much as Travis Tritt may love his cabin in the Blue Ridge Mountains, he doesn’t appreciate the unwelcome visitors that occasionally stop by.

Just in time for Halloween in 2015, Tritt appeared on Lifetime‘s series The Haunting Of… which is a show that gives celebrities the chance to share their personal ghost stories. The celebrities bring psychic-medium Kim Russo into their home in order to find out who, or what, is haunting them.

Tritt says that he has frequent paranormal experiences in the lodge, and it is Russo’s job to uncover what exactly is causing that activity.

“This was not a figment of my imagination,” says Tritt in a short trailer for the series’ shows. In the trailer, Russo begins to explain to Tritt the reason why someone is haunting his house.

“Your daughter, he has a message for her,” she says, as Tritt brings his hands to his face in shock.  Who is haunting Tritt’s cabin, and what he could possibly have to say to his daughter?

Watch a small clip from Tritt’s episode of The Haunting Of… below.