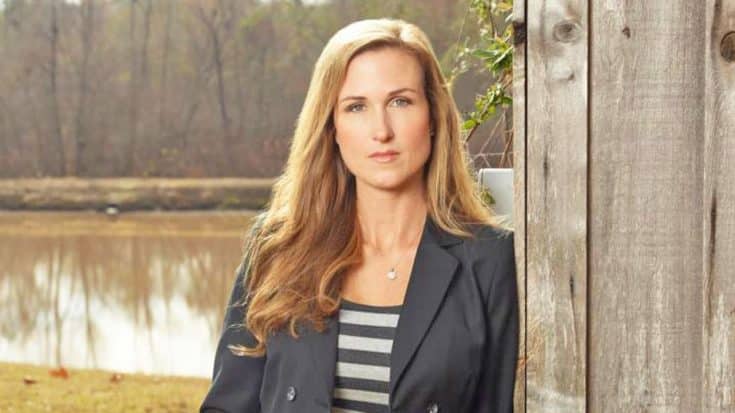 Korie Robertson has been hiding a very personal secret.

The mother of five and wife to Duck Dynasty’s Willie Robertson has had a lot to be thankful for. Unfortunately, over the past year she has been quietly dealing with medical issues that she has since revealed in her latest book, Strong and Kind.

She wrote the book as advice for parents who are interested in what they have to say. After all, she and Willie have brought up five incredible children, and want to share the knowledge they have learned along the way.

However, readers were surprised to find that she had major surgery in December 2014. Korie underwent surgery for a hysterectomy, which is an invasive surgery to remove a woman’s uterus and sometimes other reproductive organs. At only 41 years old, this comes as a shock to many fans. She spent more than six weeks recovering quietly, and at times made public appearances.

“There were moments of bravery during this awful time,” she said. “I had to do a couple of interviews for the television show, and I had to make one appearance. I managed to fake feeling good.”

Perhaps the hardest part was letting go of her “mom duties” she recalls bursting into tears when she her children, Rebecca, John Luke, Sadie, and Bella failed to help out around the house in her time of limited mobility.

“The house was destroyed!” she stated. “My house looked like a frat house after a party.”

Thankfully the children were prompt to apologize and help out their mom in her time of need. She assured readers, “We are now able to laugh about the whole incident, which I love. It’s okay for your kids to see you vulnerable.”

We are happy to know that Korie is recovered and healthy. Our thoughts and prayers always remain with the Robertson family.