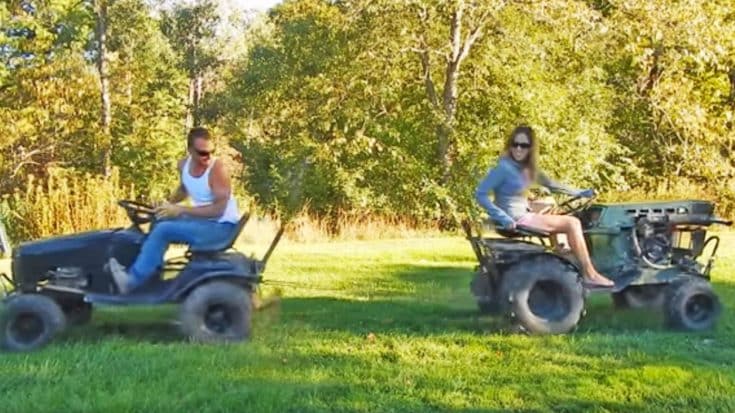 In one of the most creative shows of power, two seemingly boring lawnmowers get put to the test during a miniaturized version of a traditional tractor pull!

Todd Christopher, a guy who says he loves to build things, is passionate about welders, mud, and the smell of burning rubber! His adventures documented on YouTube are all about his mantra that life is better “with the smell of grinding metal, hot slag, and muddy swamp water steaming off the exhaust!”.

Todd likes to build things and he happened to have two fixed up lawnmowers lying around his place when he got the grand idea to have his own version of a tractor pull right there in his backyard!

Pitting a diesel Sears Lawn Tractor against a Murray ‘Off Road’ Mower, Todd will get your engine started with this awesome mower tug-of-war!

Check out FearlessFront’s (Todd’s YouTube name) video below to find out what happens in this mower power struggle!