You’ll Never Believe How Luke Bryan Gets Around The Stage! 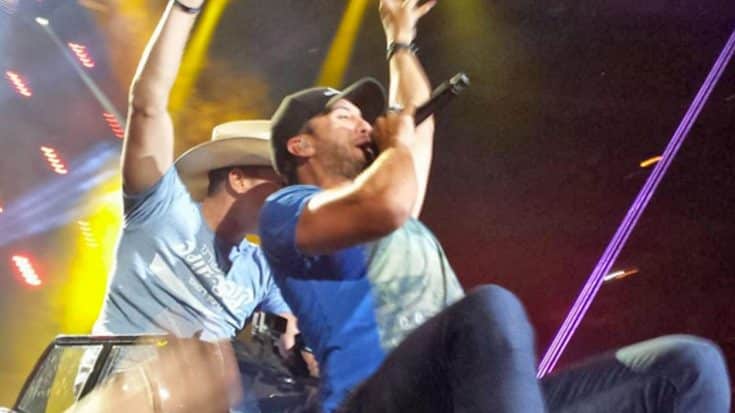 We all know that Luke Bryan absolutely loves his ‘big black jacked up truck‘, especially when he gets to have it on stage with him.

Pretty often, Luke’s big truck appears on stage and Luke either sings on it or dances around it. Let’s be honest, it’s the perfect touch!

Luke has recently been on his Kick The Dust Up Tour with fellow country stars, Florida Georgia Line, Randy Houser, Thomas Rhett, and Dustin Lynch.

During a performance in Chicago, Dustin decided to do something amazing, and bring a truck of his own onto the stage. We never it expected it to look like this…

Dustin got a mini version of Luke’s truck and posted at photo if it on his Instagram with the caption, “Hey @Lukebryan you have no idea what’s about to go down!! Get ready“.

Dustin then drove the mini truck onto the stage to cruise around and surprise everyone!

As Dustin made his way around the stage he stopped to pick up some very important cargo…. Luke!

Dustin and Luke drove around the stage in the mini truck and gave the audience a performance to remember! We’re sure the crowd won’t forget this performance!

We just love how much fun these two have on stage!

Check out the video below to see Luke rocking out to “Kick The Dust Up“, y’all won’t be disappointed!