By Jennifer Pernicano on October 29, 2015
Advertisement 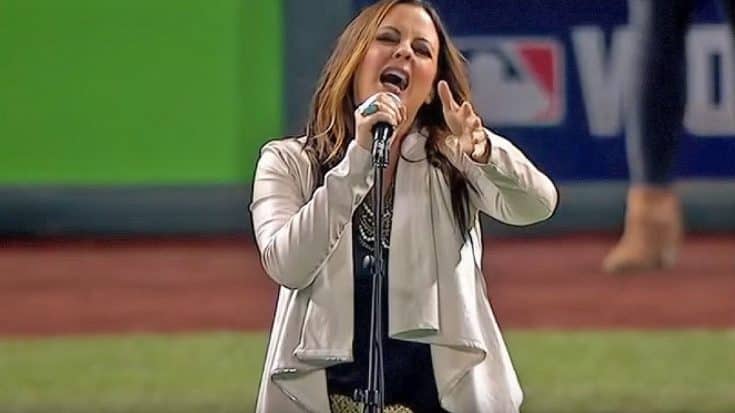 In a series where everything is on the line, Sara Evans stepped up to the plate and hit it out of the park (pun intended!)

Last night before Game Two of the 2015 World Series between the New York Mets and the Kansas City Royals, country singer Sara Evans delivered a passionate version of the National Anthem.

Evans rose to fame when her third album Born to Fly was released in 2000. Although having a semi-successful career before then, this album really put her on the map. The album’s title track went straight to Number One on Billboard’s Hot Country Songs chart. It also produced three more top 20 hits, and eventually was certified Double Platinum.

Evans, a Missouri native, cheered on Kansas City, who won this game to make the series to 2-0.

Watch the stunning performance below.