Toby Keith Is NOT A Republican?! This Is Interesting…

By Miranda Raye on October 30, 2015
Advertisement 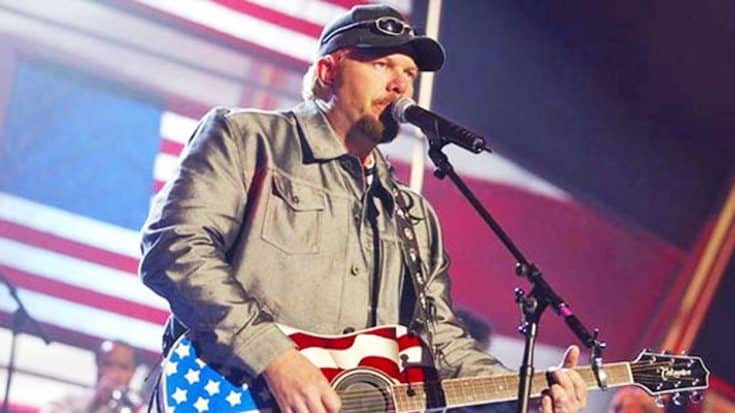 Toby Keith has never been afraid to speak his mind, but he’s been relatively quiet about his political views…until now.

In an interview with People, Keith says that ever since he released his song “Courtesy of the Red White and Blue,” people just started to assume that he was a Republican, since the song was in support of our troops. But Keith says that’s not necessarily the case.

“It’s funny because the second I came out with a song that supported the troops, to the left I was the devil and to the right I became a Republican,” he says. “I’m an independent now and I’ve never been a Republican.”

Keith is particularly excited about the upcoming presidential race in 2016, since some of the candidates have no previous political background.

“The cool thing is that the people who are making the most noise and getting the most poll points are non-politicians,” says Keith. “I hope the whole race turns into non-politicians. It would fix the whole thing if you get somebody who doesn’t have a political bone in their body.”

For Keith, it doesn’t make any difference to him what party a candidate represents. He just wants a president who will help move the country forward:

“With all the division in the world now…it looks to me like we’re headed for turmoil in every way. The world looks like it’s on fire. You’ve got to get the politicians and the agendas out of the way and get somebody in there that might take it over and save old Uncle Sam.”

Regardless of what his political views are, Keith has always made it clear that he is proud to be an American. His love for our country is most evident in his song “Courtesy of The Red White and Blue,” which he wrote following the September 11 attacks.

Watch Keith’s live performance of “Courtesy of the Red White and Blue” in the video below.

What do you think? Were you surprised to learn the truth about Keith’s political views?