By Miranda Raye on April 15, 2016
Advertisement 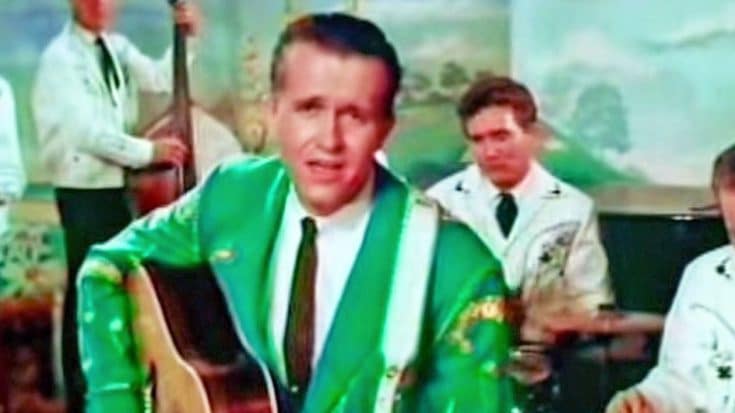 With a career spanning over half a century, Bill Anderson has managed to place 36 of his singles within the top ten spots on the charts.

Of those 36 singles, he has a total of seven number one hits to his name, one of the most recognizable being his 1963 single “Still.”

“Still” was released on Anderson’s album of the same title, and became his second number one hit. The song remained in that spot on the chart for seven non-consecutive weeks, and also crossed over to claim the eighth spot on the Billboard pop chart.

Wearing a bright green outfit and playing his acoustic guitar, Anderson took to the stage of a television show to play “Still” following the release of the song.

This performance makes it clear how Anderson earned the nickname “Whisperin’ Bill,” as he sings so softly that it really sounds like he’s whispering.

In the middle of the song, Anderson stops singing and speaks through part of the song, looking directly at the crowd while he somberly says “I don’t know who you’re with, I don’t even know where you’ve gone. My only hope is that some day you might hear this song.”

Although on the surface, the song seems to be about the narrator’s heartache over a break up, on a deeper level it could be the narrator mourning the death of someone he loved.

Because of its powerful double meaning, it’s no surprise when Anderson gets a little emotional while performing the song. At the end of the performance the audience applauds for him softly, being respectful of the fact that he’s clearly moved by the song.

Watch Anderson’s touching live performance of “Still” in the video below.

Once you watch this performance, you’ll be able to understand why Anderson is now considered to be a country music legend.