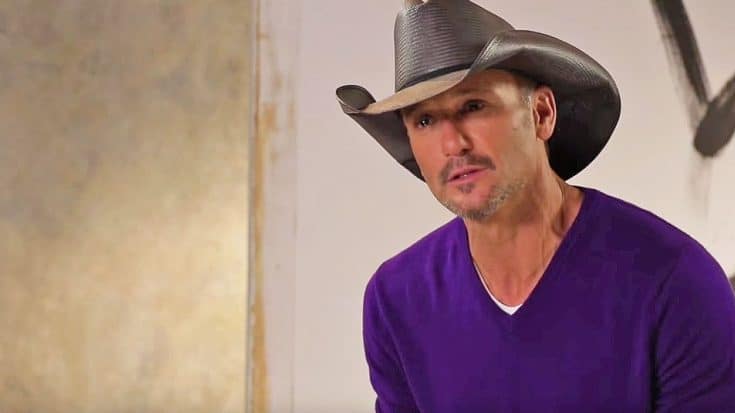 “I cried through every take”-Tim McGraw

Tim McGraw is definitely in touch with his emotions.

When recording his latest album, Damn Country Music, out Nov. 6, he got in touch with his sensitive side.

The last track on his new album is called “Humble and Kind” and has revealed that it was a struggle to record.

“I cried through every take,” he says. “I would try to get myself together and I’d get halfway through it and I would just start blubbering every time I tried to sing a line.”

He’s had the song in his wheelhouse for a while, but didn’t think he could do it justice, until now. “It certainly is a letter to your kids in a lot of ways,” he explains.

The lyrics remind you about the things you’ve heard growing up and the things you strive for as a person, and a reminder about how easy it is to be nice.

He finally decided he could record it as the last song on his album. He started recording it, then had to take a break to attend his daughter’s volleyball game. On his way back to his producer Byron’s house to finish it up, he lost it.

“The thought of doing that song all the way back to Byron’s I was crying,” he remembers with a smile. “So I think I got it all out of my system.”

He eventually got through a few takes without crying and from the clips of it we’ve heard, it turned out amazing.

His album Damn Country Music is in stores on November 6th, and a long with this emotional song, includes a duet with his daughter Gracie called “Here Tonight“.

Take a listen to him talking about “Humble and Kind” below.