Written Over 100 Years Ago, ‘A Man Of Constant Sorrow’ Is Still A Hit Today 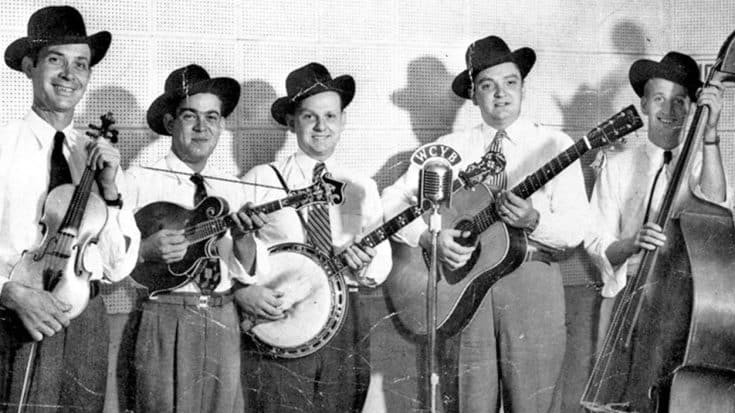 Way back in 1913, a mostly blind fiddler published a song called “Farewell Song”. Estimated to have even originated several hundred years before the author-of-record, Dick Burnett, was born, this tune appears to be everlasting.

The first-ever recording of this song happened in 1928 with Emry Arthur at the microphone. From that point on, the title would change forever and sear itself into each of our memories.

2013 Ralph Stanley launches his final run of concerts, the Man Of Constant Sorrow Tour: The Dr.'s Farewell. He later decides that was a mistake and continues to work the road pic.twitter.com/gkhBKBbY2v

“A Man Of Constant Sorrow” has been a staple of any bluegrass artist and a host of country ones alike. A song as old as this one would be expected to have seemingly endless variations to lyrics and melodies, and this is no different.

Originally popularized in the early 1950’s by The Stanley Brothers, this song gained a refreshed stream of success being covered and recorded throughout the 1960’s with the iconic Bob Dylan version released in 1961 on his self-titled album.

Man of constant sorrow, as good as bob Dylan gets. Very.

This is an old-time masterpiece that still lives on today and penetrates time like a spear. After the decline of bluegrass music in the late 60’s and early 70’s, the melody was revived with the 2000 film O Brother, Where Art Thou? in which it played a key part in the plot. The tune helped the film’s soundtrack become a true hit, and was certified platinum several times over.

Miley singing "Man of Constant Sorrow" at the AFI tribute to George Clooney! Her vocals are amazing and so underrated pic.twitter.com/YiUmGqX0ml

Since it’s breakthrough in the 1950’s with the Stanley Brothers and the 1960’s with Bob Dylan , an unknown number of artists have covered this timeless beauty including Alison Krauss, Union Station, Travis Tritt, Dwight Yoakam, and Waylon Jennings.

Watch the video below of The Stanley Brother’s original hit, and Alison Krauss with Union Station giving an amazing performance of this true classic song!