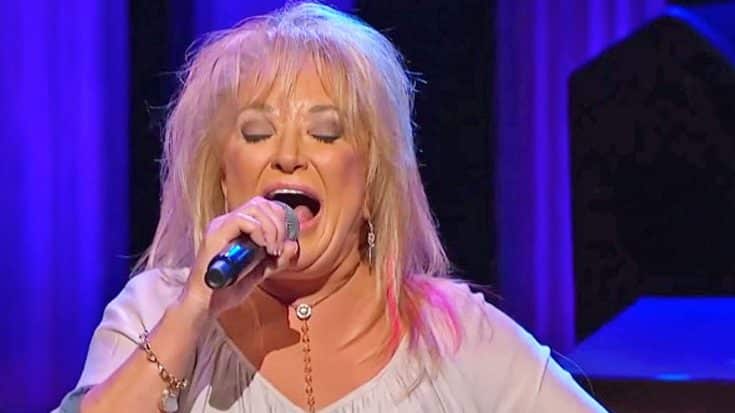 With a career spanning across four decades, Tanya Tucker continues to amaze all those who listen to her perform.

The singer-songwriter has been performing since she was 13, when she first broke onto the country music scene in 1972 with her hit song “Delta Dawn.”

To this date, “Delta Dawn” remains Tucker’s most recognizable song, which is probably why she chose to perform it as part of a medley during one performance.

The other song Tucker included in the medley was the popular Christian hymn, “Amazing Grace,” which she starts singing to open her performance.

Tucker only sings “Amazing Grace” for a little while before breaking into “Delta Dawn,” much to the pleasure of the crowd. The song perfectly shows off her deep, raspy voice, and she hits each note with a burst of power and passion.

Watch Tucker’s incredible performance of “Amazing Grace” and “Delta Dawn” in the video below!

After watching this video, it’s no wonder that Tucker has had such a notable career in country music.