By Miranda Raye on November 6, 2015
Advertisement 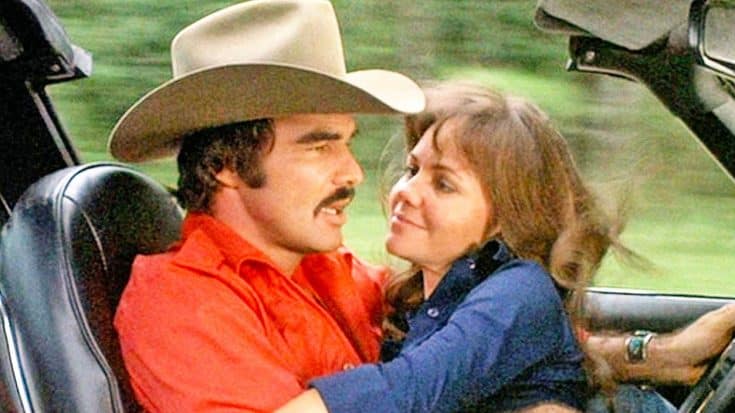 Smokey and the Bandit via thecarconnection.com

Decades after breaking up with famous actress Sally Field, Burt Reynolds still regrets that she was the one who got away, calling her the “love of his life.”

“I miss her terribly. Even now, it’s hard on me. I don’t know why I was so stupid,” Reynolds, who is now 79 years old, says in a recent interview with Vanity Fair.

Reynolds and Field dated throughout the 70’s, and were even engaged at one point. The duo also starred in three movies together, including Smokey and the Bandit. Before dating Field, Reynolds dated a string of other famous women, including country music singer Tammy Wynette, following her divorce from George Jones.

After Reynolds and Field split, he says that his career suffered, probably because people assumed he had returned to his playboy ways.

“I think it hurt it,” Reynolds says. “I think it’s not good to have people think that you’re out every night and fooling around.”

Reynolds and Field went on to marry other people, with both of the marriages eventually ending in divorce.

Due to his experience with Fields, Reynolds says that he now warns all future romantic interests that he has the potential to be a heartbreaker:

We can’t help but feel bad for Reynolds, since his breakup with Field is still on his mind after all of these years.

Tune in to the video below to see Reynolds and Field in happier times, in a collection of romantic scenes from the movie Smokey and the Bandit.

Hopefully Reynolds can learn to have a little more love for himself, and then maybe someday he’ll finally be able to find love with someone else.